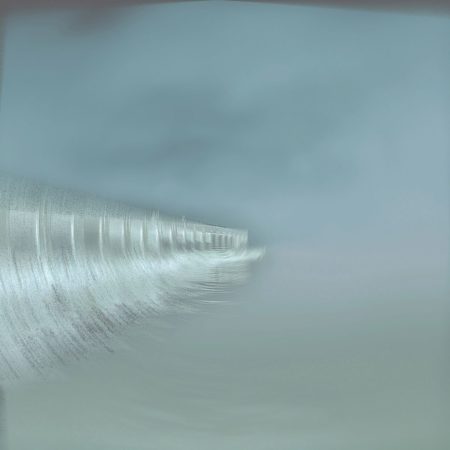 Hal Brandes was born and educated in New York City, where he benefitted from the sights and sounds of this remarkable town. It was there, especially at Pratt Institute, studying Design and Photography, that he was exposed to and developed heightened skills as an image -maker. He creates imagery, which is very interpretive and reflects a visual canvas beyond the conventional — a most important personal need, which he pursued then and has not stopped since.

He left NYC for Los Angeles, to expand visual work beyond stills. Before settling in Hollywood, he stopped midway and for three years taught Design and initiated the Film Studies Program at the University of Illinois / Champaign -Urbana, Once in Hollywood, he spent several years working in special effects and title design. Always attempting to expand his creativity, he helped usher in and develop Scanimate, which became synonymous with computer animation. Recognizing it as a unique tool, he utilized its manipulative strengths and created new forms of expression in film and still photography.

With a background in design as well, his image making continues to embrace form and space, light and dark, texture and line – each abundantly found in beauty from the architecture of a human form to man-made. Hal’s work is without boundaries; and it is this limitless freedom, seen in so much of his photographic work, that sets him apart.

Beyond fine art photography, he has provided product and images to Apple, Epson, Macys, the SF Symphony, Flax Art, Neiman-Marcus, among others. His exhibited and collected works of late have been large and small, ranging from stylized portraiture to the world around us. Hal and family reside in Marin County.